No pun intended with my beloved New York Jets kicking off their NFL preseason in Houston, but just the facts after a totally hands-off contest weekend (0-for-10 in the Sovereign Stables tournament and 0-for-4 on PH.com, all while enjoying a day of water slides and BBQ at Tomahawk Lake in Sparta, NJ and not watching a single live race). 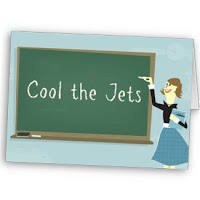 The live and online contest docket appears empty for me until the September 18 event at Monmouth Park for two NHC seats, so in the interim I will focus on the four weekend races on the Public Handicapper (considering I am ranked 377th at $17.60 to the plus side out of 3,500 players) until then and likely take a bit of a handicapping breather.

Otherwise, I will be attending the next two Night School seminars on Horse Player Now (830p-10p ET), focusing on what should be two pertinent topics to ALL contest players - Money Management and Handicapping Tournaments.  The chats are typically worthwhile, and the next two will likely provide some fodder for commentary in the days ahead.

And a quick update on an article I penned a few weeks back...I spoke with a representative of the New Jersey Sports and Exposition Authority last week, which is processing my request for information on NJ's mandated ADW.  I hope to follow up with some concrete information shortly.
Posted by Bill Holobowski at 8:26 PM