The combination of sentimentality, poor timing and weather spelled an 0-for-9 effort in Saturday's $200 Horse Player World Series handicapping contest at the depressing Meadowlands, though all was not lost as Red Rock Treasure Island or Bust finished a game 7th (second-straight Top 10 contest finish), and I ended up about $200 to the good after nailing the $416.80 Archarcharch-Nehro exacta in the Arkansas Derby. 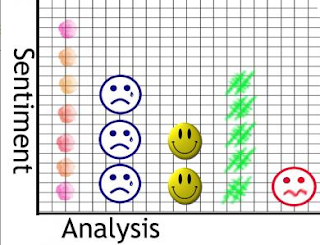 The turning point in my contest day involved poor decision making in a two-race sequence following an 0-for-3 start where I could not beat the big favorites, bringing my bankroll down to $70 (from $100).

I went against my convention of avoiding horses below 3-to-1 and put $20 to win on Chamberlain Bridge (2.4-to-1) in the Grade 3 Shakertown Stakes from Keeneland, the first of two poor sentimental plays.  Chamberlain ran gamely but gave way in the final furlong on the yielding turf to finish fourth.  I had much success with Chamberlain in a 2010 Breeders Cup score and felt he was just the best horse in the field, but clearly he was not as fit as the others, and not really within the realm of my typical longshot-oriented contest strategy.

Needlessly worried with my starting bankroll already halved to $50, I chickened out of betting on a Gulfstream race about two minutes later, where I identified Icy Strait as a playable longshot in an 8-horse claimer.  Sure enough, Icy Strait mowed down the field in the slop to pay $22.40 going away.

Conservatism (i.e., afraid to lose 30% more of my starting $100 bankroll in 5 minutes) did me in.  I told myself that, had Chamberlain won, I would have rolled $10W (of what would have been an $118 bankroll) on Icy Strait (and been up to $230 and near the top of the leaderboard).  Instead, I licked my wounds over the Chamberlain loss and worried about dropping my bankroll to $40 had Icy Strait been unable to convert.  It cost me dearly, and four more $10W bets later, including another sentimental pick (5-to-1 Gypsy's Warning in the Jenny Wiley Stakes...I scored well with Gypsy in last year's Horse Player World Series contest at Monmouth), I was done.

I earlier mentioned weather as "a factor" as well, since my strategy heading into Saturday's contest was centered solely on the turf races at Gulfstream and Keeneland and hoping to stick around long enough for the Arkansas Derby, where I thought The Factor would be grossly overbet.  However, all but one Gulfstream turf race got washed out, and frankly I did poorly handicapping the wet turf at Keeneland.  In the end, I compromised my chances in the contest long before I could have bet 25-to-1 Archarcharch.

In the end, however, it was good to see Red Rock or Bust score another Top 10 contest finish, and both of us leaving on the plus side monetarily made the excursion home through last night's monsoon worth the effort.  However, and despite the great customer experience put forth by the contest hosts, especially Rachel Ryan and Amy Silver, the low contest turnout (only 114 players, versus the 250+ at the three recent Monmouth simulcast tournaments) and atmosphere within the cavernous building were unmistakably depressing, with one patron in a short concession line questioned one worker about her employment prospects in light of the track's impending closure.

I'll follow up sometime during the week about the Meadowlands vibe, but the place is definitely of a bygone era, with way too many tellers on hand, a woman "working" the $1 admission clubhouse gate (accessible for free via the grandstand gate anyway) and a gentleman I figured was a security guard in a booth outside the grandstand gate, telling me something to the effect of "go ahead" as I entered the turnstile.  Based on my contest outcome, maybe I had no business there handicapping horses, or my appearance was not as commonplace as the guy who panhandled Red Rock upon his arrival to the Meadowlands.

Anyway, the bottom line is three live contests for me in 2011, three finishes with bupkis. The Arkansas Derby exacta, and some successful practice handicapping from home, still give me the confidence that even as a weekend handicapper I can succeed in a contest -- perhaps not nearly as well as John O'Neill of Nesconset, NY, who with the aid of a software model took down first AND second-place in Saturday's contest with a well-timed $50W wager in the Oaklawn nightcap, but good enough to enter the $50 contest at Monmouth Park on May 21.
Posted by Bill Holobowski at 8:42 AM